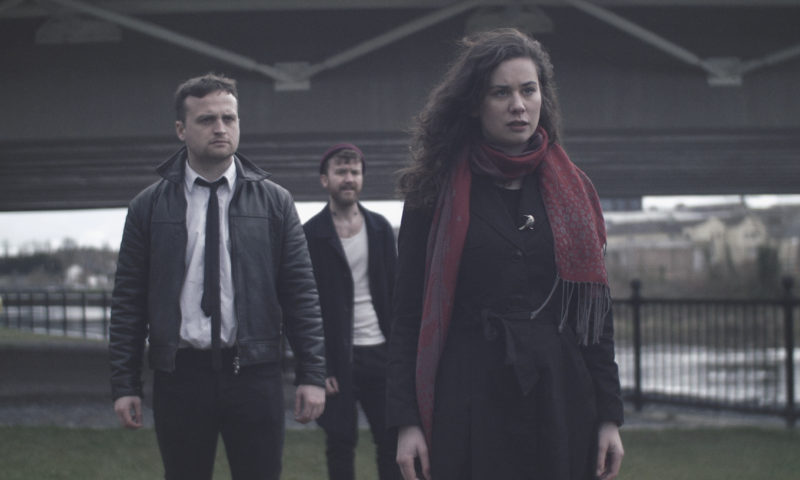 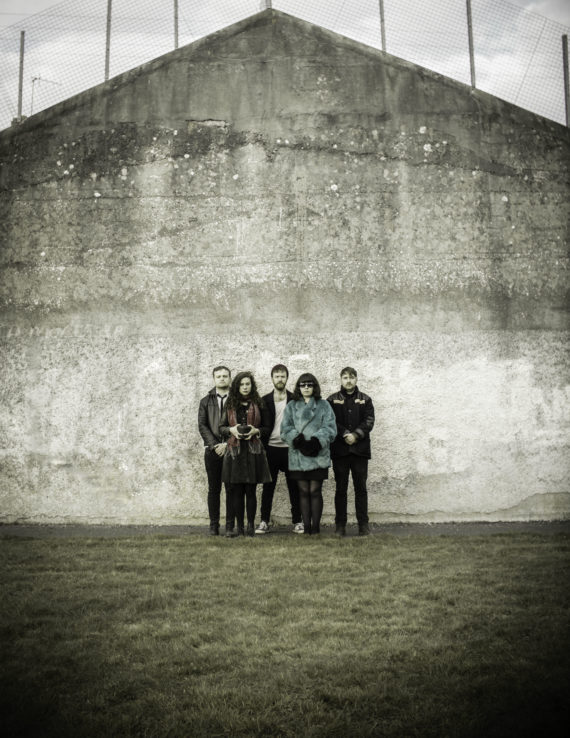 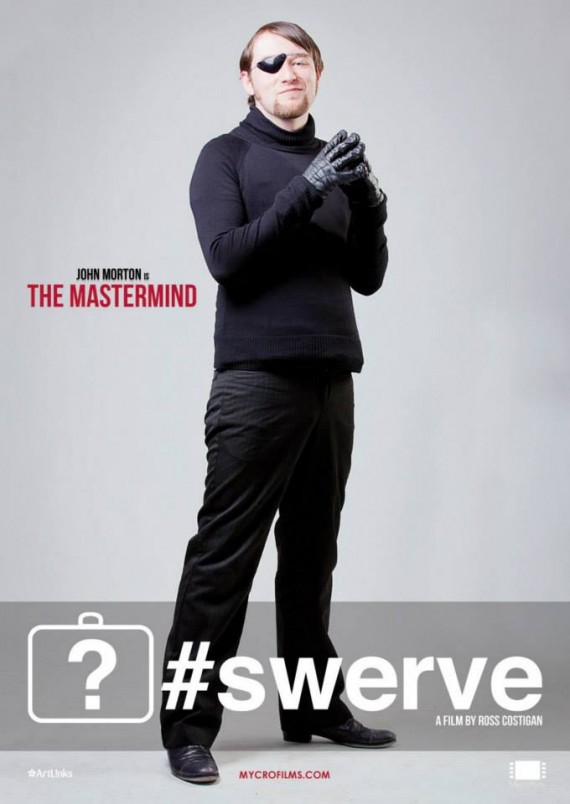 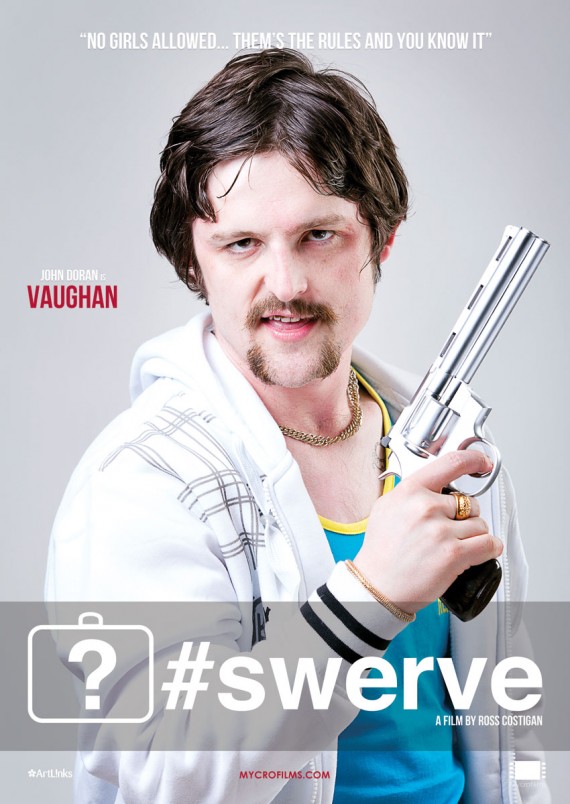 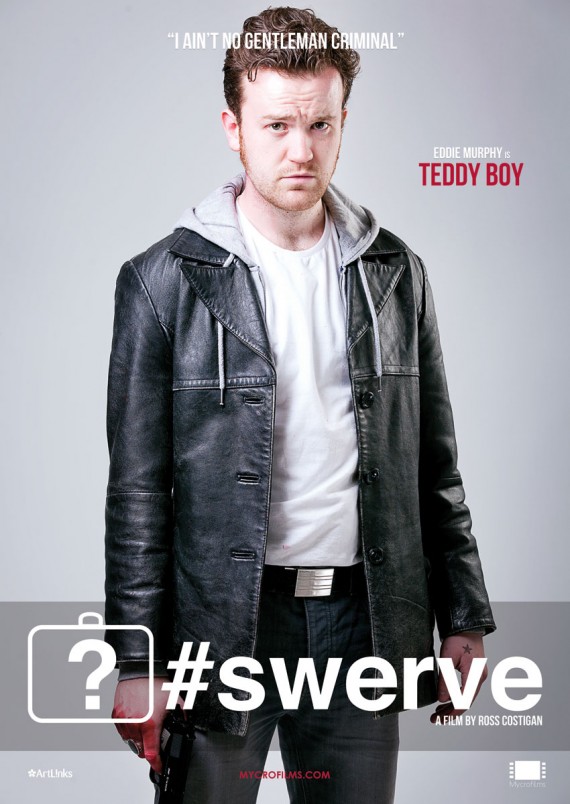 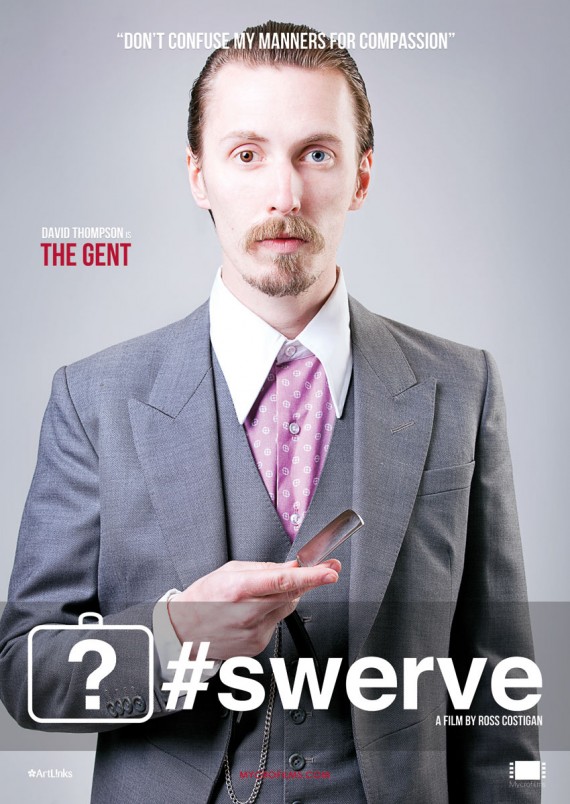 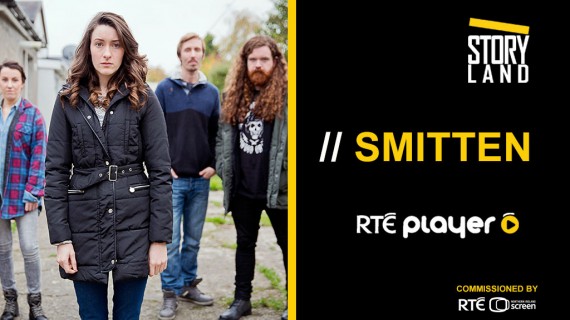 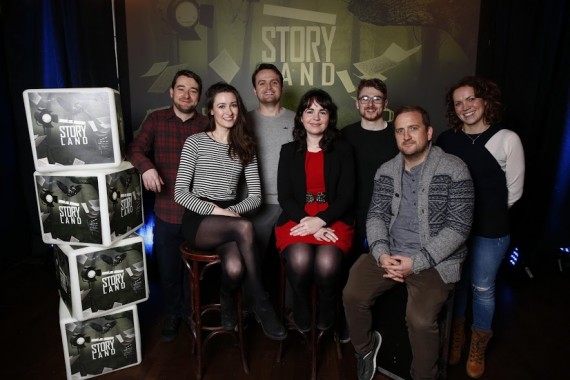 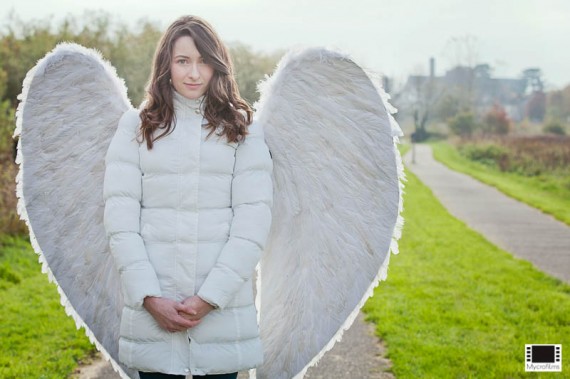 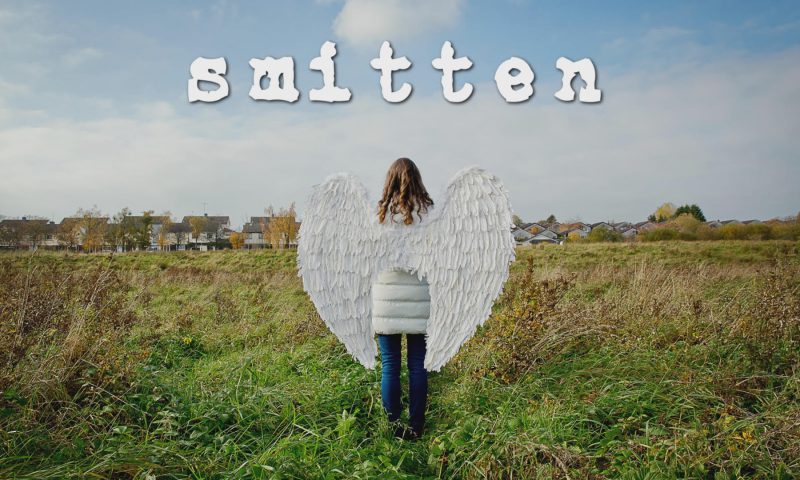 Struck, As With Hard Blow 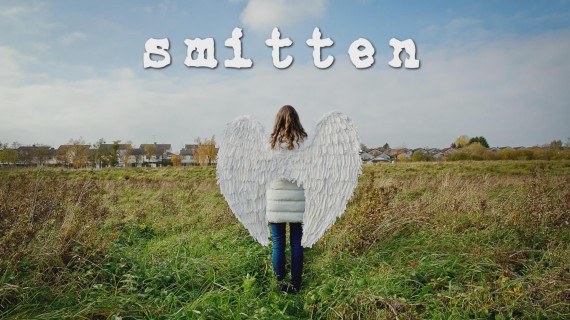 There’s always a fine line between plugging away at something and flogging a dead horse. Speaking of which…

I shot the pilot episode for Smitten, a Kilkenny based comedy drama earlier this month and it’s going to be hitting the RTÉ Player early in the new year as part of the new Storyland initiative.

Smitten was an idea I’d had for a screenplay for a really, really longtime. And as I’ve gotten older, the characters have followed suit and at this stage it’s kind of followed through my twenties. So it’s a real surprise this episode isn’t people cursing water bills and freaking out about how to calculate tax. Smitten was basically a series of vignettes about an interlinked, fractured group of friends set in Kilkenny, a series of tragicomic stories. Nothing too gimmicky and basically an excuse for me to write something about where I’m from. Also, I loved the meaning of the word. It sounds romantic but it really means being sick, hit hard, afflicted, completely stricken. So, the absolute anti craic of romance. When I was a bairn in YIFM years back, I’d made a feature with a lot of these characters in it, and they were also bairns. It was called Skegs and Skangers and it was rough as arse (it’s a fucking mess truth be telt) but when you’re 17 and getting to make features, it’s a sweet learning curve to be clueless on. I’d been getting more into theatre post college so I decided to try Smitten as a stage play which Devious Theatre staged in 2008 in The Barn. 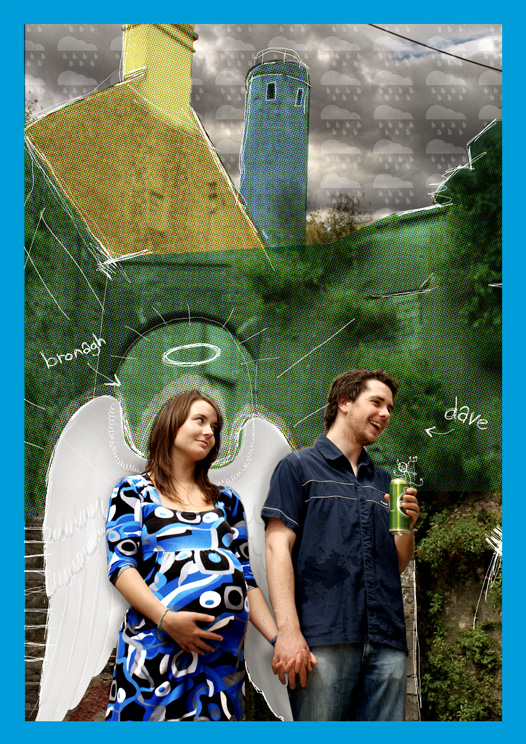 It went down pretty well at the time but I still felt that there was more to be done with it. I wrote a screenplay and then re-adapted the play to suit that. So three years later we re-staged it again in a slightly more streamlined fashion in 2011 as part of Devious Theatre’s In The Future When All’s Well residency and brought it to Cork and had the craic. It was more of a musical this time and it felt right. 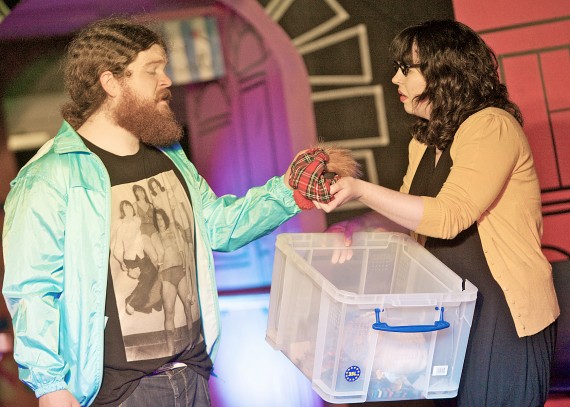 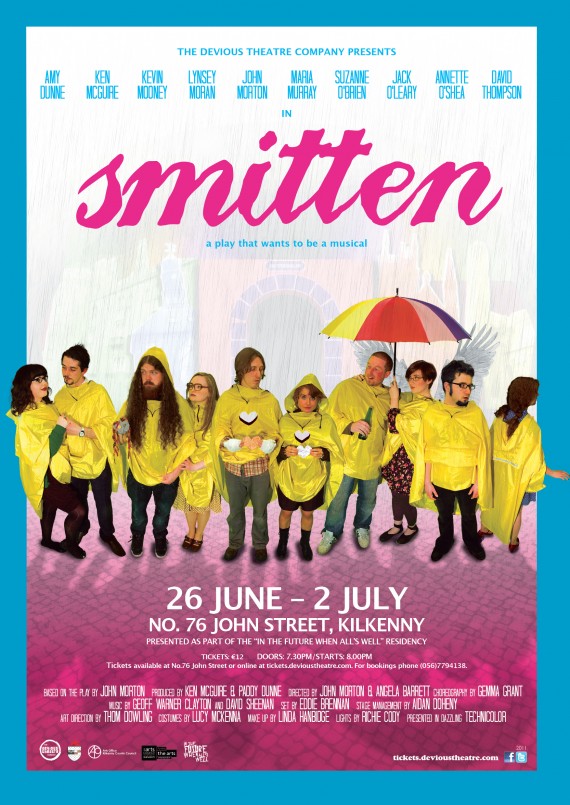 The itch to do something with it for the screen was still there. I’d written a screenplay which I had hawked around unsuccessfully for a year or two. Realising that a multi character story these days would probably make a better fit for television, I made a short film called Daffney Molloy And Other Catastrophes, based on a scene from the screenplay and used that as a proof of concept for something for TV. It screened at IndieCork this year and will go online next year. Then the Storyland opportunity came up and it was off to the races.

The pitch for the series was to focus on one character per episode and the Storyland version of it looks at the character of Bronagh, ostensibly the most level headed, together member of this group of friends but one who’s put in a right state of chassis when she discovers she’s pregnant on the same day her ex Dave goes missing. And she’s really the only one who can find him. 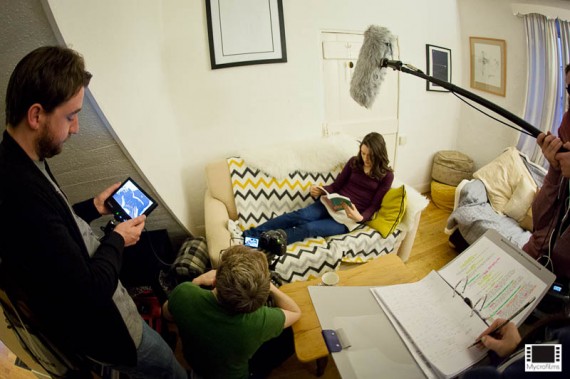 The cast for the show is a line up of absolute toppers: Aoife Spratt, Clare Monnelly, David Thompson, Jack O’Leary, Amy Dunne, Leah Egan, Peter McGann and Gus McDonagh. I was blessed to work with a cracker of a crew on this too. It’s been produced by Ruth Carter for Mycrofilms. There’s a great team on board and I’ve been a very lucky man to work with them. That’s the craic anyway, it’ll go online in the new year and I’ll probably write something else about it then. It’s been really nice to get to this point with something I’ve been plugging away at for a good, long time now. And if this is as far as it goes, I’m good with that. Bottom line, keep plugging away. Plugging away is a good thing. 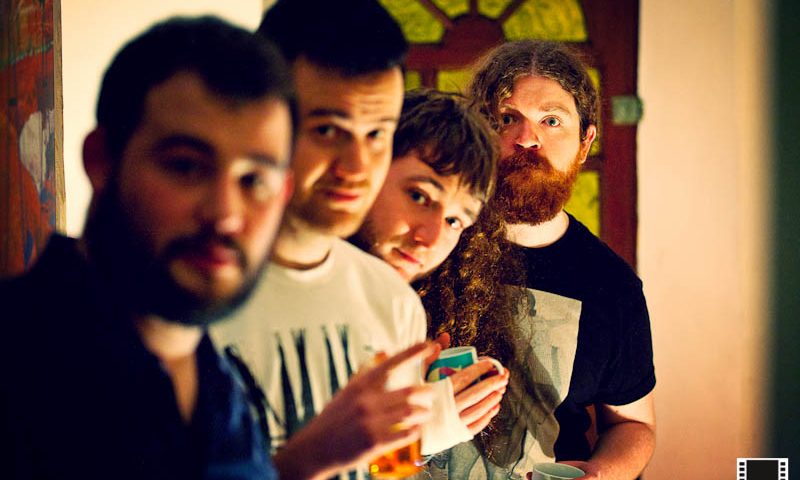 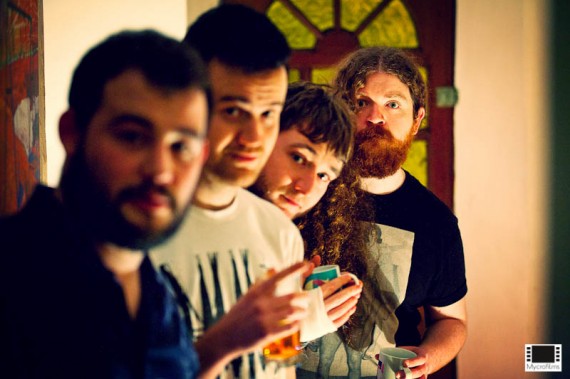 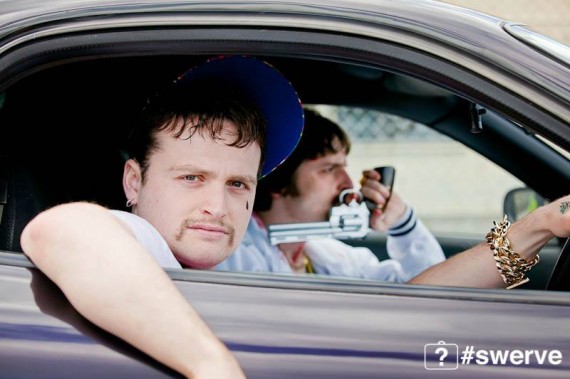 Here’s the trailer for a short film I wrote called Swerve. Directed by Ross Costigan, it will be premiering at Underground Film Festival on September 12th. Take a look see.

For more on the film visit mycrofilms.com/swerve

Daffney Molloy And Other Catastrophes – Poster 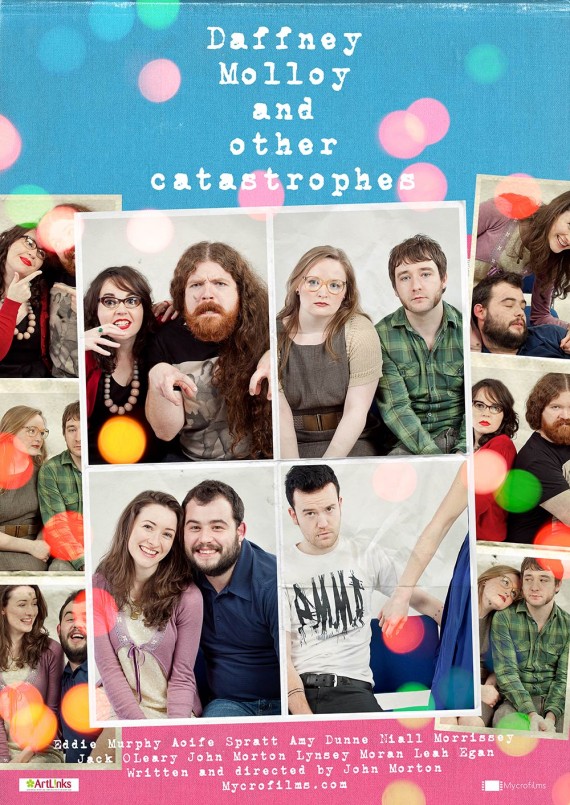 This is the first poster for my second short film (this was the first). We’re putting the final touches to it at the moment and hoping to premiere it at some point of 2015.

The film is a comedy set in present day Kilkenny about four friends who drown their sorrows while trading stories about a near mythical girl from their past. I was very lucky to work with a sterling cast on this including Eddie Murphy, Aoife Spratt, Amy Dunne, Niall Morrissey, Jack O’Leary, Leah Egan, Lynsey Moran, Peter McGann, Aoibhín Murphy, Alexandra Christle, Molly O’Byrne and Paddy O’Leary. 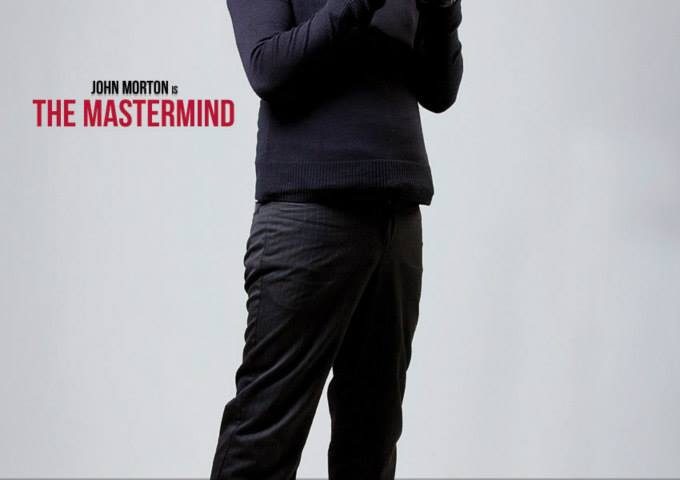 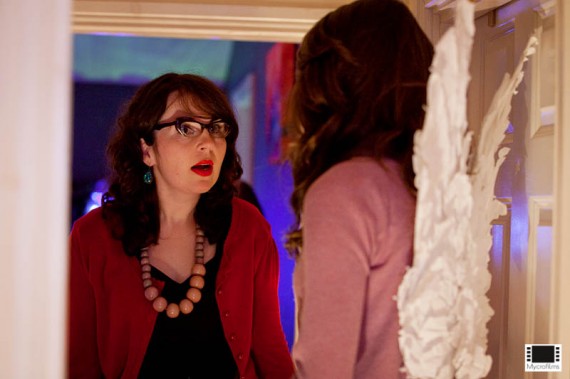 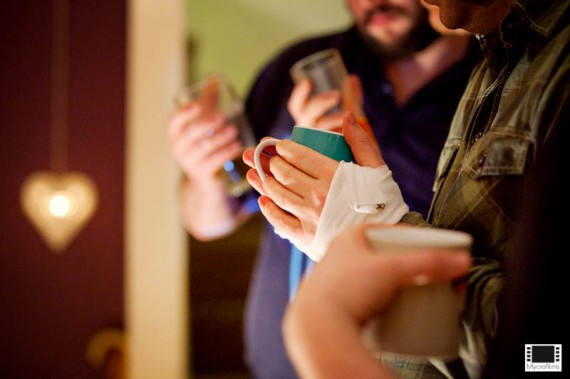 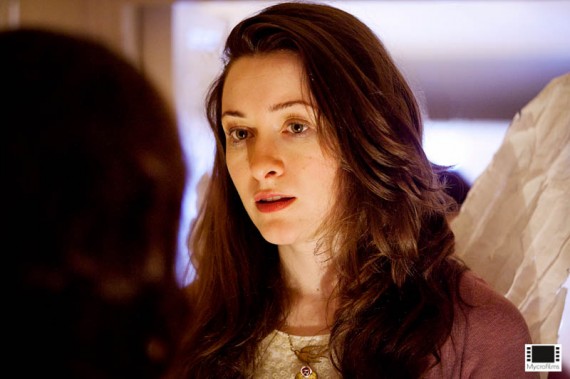