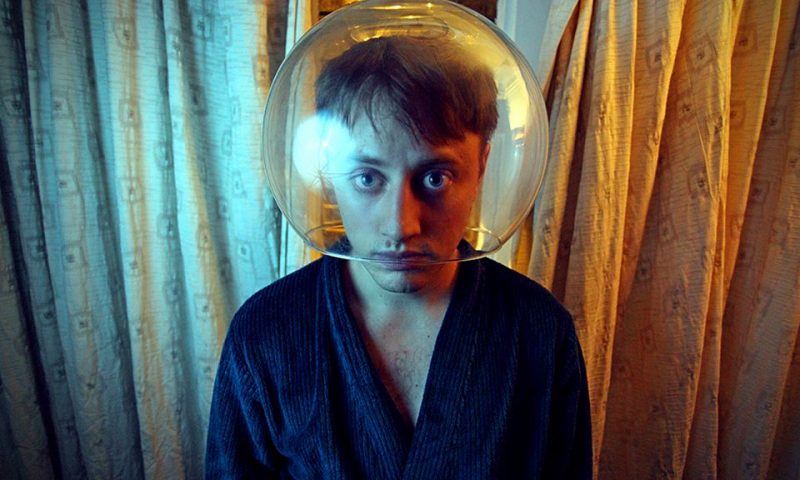 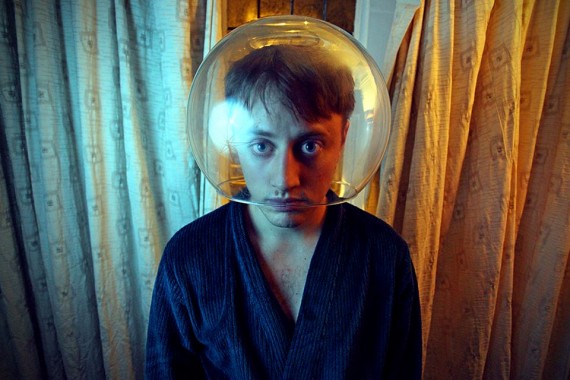 Fishes is a brilliant new piece of writing from David Fennelly and it’s got its proper opening tonight in Smock Alley Theatre.

I’m directing this one which flies in the face of me always promising to never direct theatre again but after this, I promise to never direct theatre again. Unless I get asked to direct a really brilliant, inventive, funny and sweet piece of writing with two brilliant actors. Which is exactly what happened here and sometimes I have no will power. Fishes is about a man called Larry who has just lost his job, his girl and is overdoing it on the visits to Coppers. He’s about to have a home visit from his social welfare inspector. And that’s when all his fears and anxieties begin to boil over…

The cast are David Fennelly himself and the ever amazing John Doran so come see these two blow the walls off Smock Alley Boys School for 65 minutes with two cracking performances. It opens proper tonight and runs until December 11th. For tickets and all other info, visit the Smock Alley website. 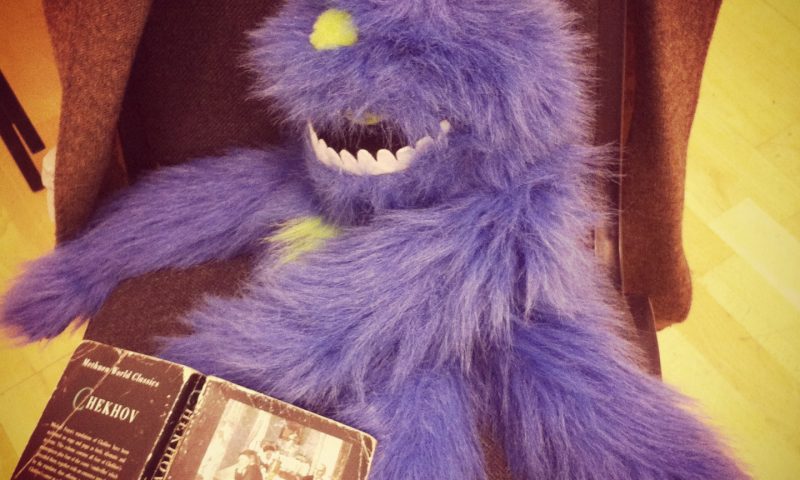 Konstantin Has Shot Himself 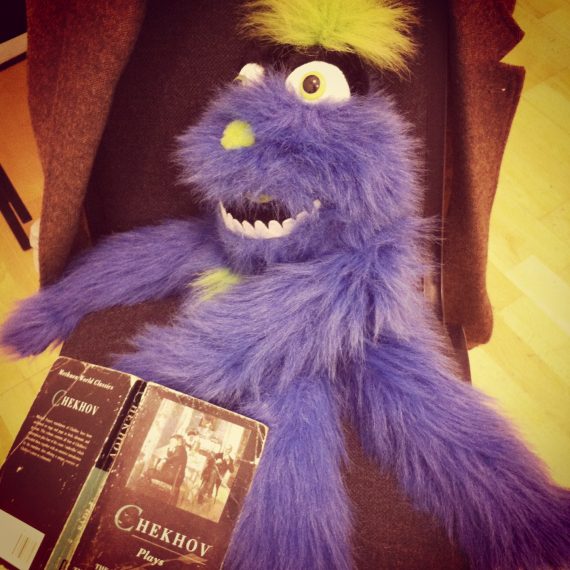 My first job for the new year is a new play with Sheer Tantrum for THE THEATRE MACHINE TURNS YOU ON: Vol 3. This is a brilliant festival organised by the good people of THEATREclub and one I’ve been lucky enough to participate in before when Scratcher had its debut performance at Vol 2 in February 2011. It was a brilliant experience and myself and the Devious Theatre team got to see a lot of great shows and generally had the height of craic over a couple of days in Dublin. 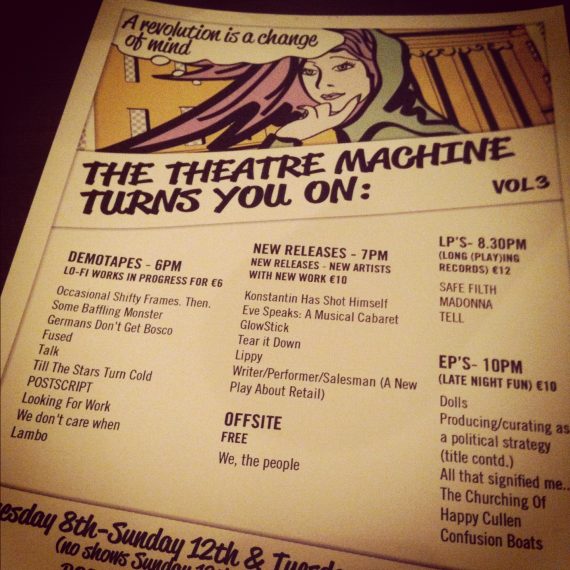 This time I’m working with Sheer Tantrum on their new play Konstantin Has Shot Himself. It’s a devised piece that we’ve been working on since late November and it revolves around Chekhov’s famous play The Seagull. Although if you’re not familiar with that play (or if you just plain hate Chekhov), it’s no impediment to enjoying it. We’re mostly focusing on themes that The Seagull brings up like the nature of performance, art vs entertainment and what it is to fail as an artist. And check it out, we have a puppet in it too… he’s pretty sound. Chekhov thought the play he wrote was a comedy… and good for him. So we’ve definitely taken a comic approach to it and it should provide plenty of laughs, like all good classic Russian theatre! 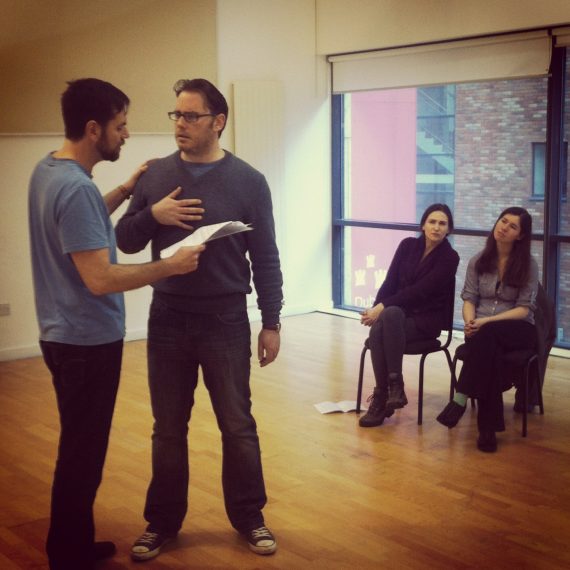 The production is directed by the show’s mastermind Vincent A. O’Reilly and I’ve been delighted to work with a crack team of brilliant actors in Alicja Ayres, Duncan Lacroix, Sinead O’Brien and Simon Toal. We’re still tightening it before its debut performance on Thursday in Project Arts Centre but if you like laugh out loud comedies about suicidal 19th century Russian dramatists, well then you’re in for a treat. And if you don’t like that, you’re still in for a treat.

Konstantin Has Shot Himself is one of the New Releases of THE THEATRE MACHINE TURNS YOU ON: Vol 3. It plays Project Arts Centre on January 10th and 11th at 7pm nightly and you can book your tickets right here. 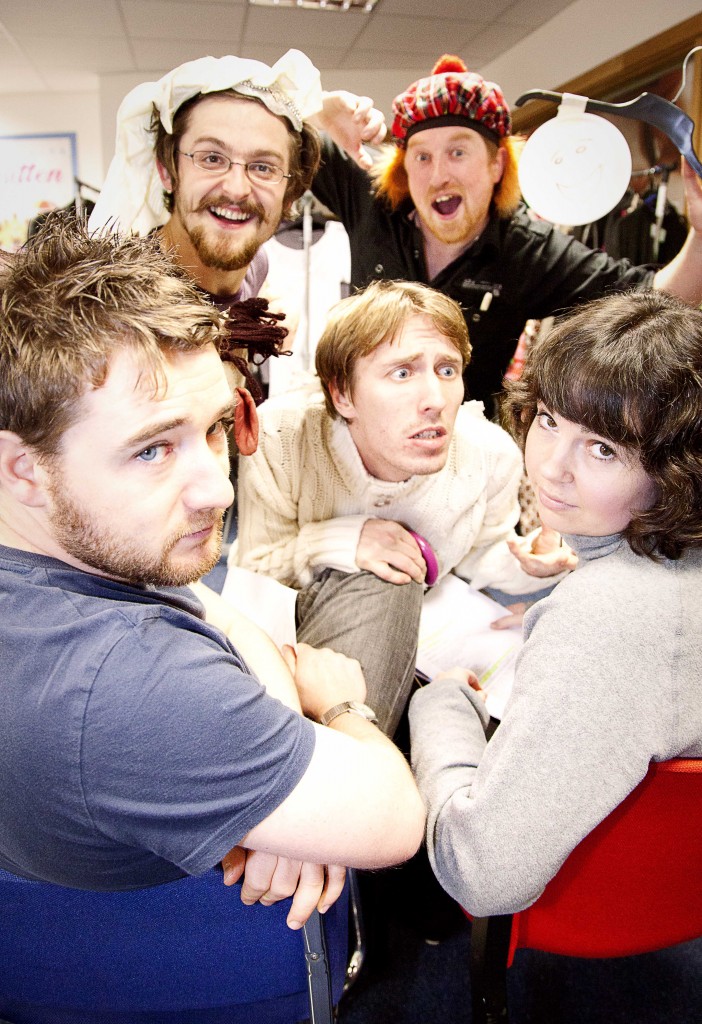 I’m currently working on a really exciting project that’s all up in breaking down Shakespeare.

TEXT | Messages sees nine emerging directors tackle 160 lines of Shakespeare in no more than 20 minutes. It takes place over three nights with three directors presenting their work per night. So it’s a lot of Shakespeare in a short burst of time. The project has been curated and produced by Conor Hanratty, Aoife Spillane-Hinks, Lara Hickey and Megan Riordan. I was absolutely delighted to be asked to take part, especially considering that there’s some serious directorial talent involved including Edwina Casey, Conor Hanratty, Jose Miguel Jimenez, Sophie Motley, Oonagh Murphy, Aonghus Óg McAnally, Aoife Spillane-Hinks and Lianne O’Shea. Everyone is taking a knife to Shakespeare in their own way and it should make for 9 really different pieces of work.

The piece I chose was from one of my favourite plays A Midsummer Night’s Dream. I kinda figured I could adapt the play within the play Pyramus and Thisbe in one very compact 160 line chunk and still retain its essence. And so far in rehearsal, it’s been working really well! Shakespeare’s inspiration for that play was apparently the bad troupes of actors he saw interpreting his work. So we’ve turned ourselves into a bad troupe (ahem) and are performing Pyramus and Thisbe as bad as it was performed by Peter Quince’s raggle taggle company in the original play. It’s very much done within the style of a play within a play… within a collection of plays.

A Midsummer Night’s Dream was my first ever directing gig on a play (as assistant director on the Dreamstuff production when I was 17) so it’s nice to return to it for this project. I’ve stuck with a lot of the usual troupe of actors I play with so I’ll be joined in the piece by the talented players that are John Doran, Amy Dunne, Ken McGuire and David Thompson. It’s a nice little theatrical nightcap for what has been an insanely prolific year of theatre for the lot of us. And after… perchance to sleep.

Voices In The Rubble 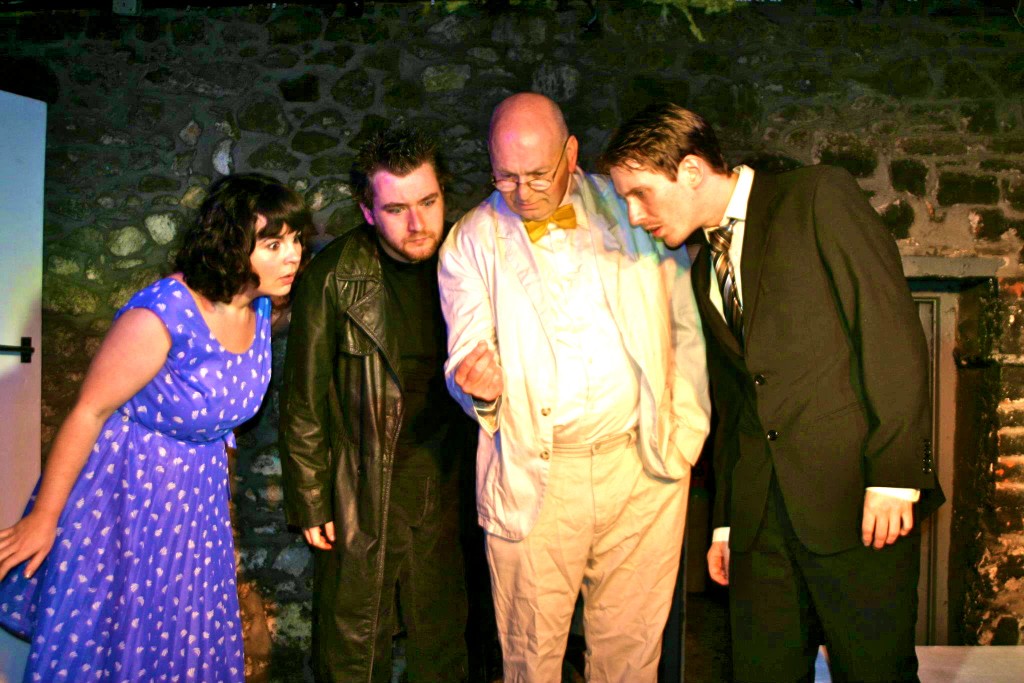 What’s currently keeping me busy is this new production from Sheer Tantrum which is enjoying a 2 week run up in the Pearse Centre in Dublin City.

The Dublin based company are performing two absurd one act plays, the first of which is The Applicant which is written and directed by Vincent A. O’Reilly. I saw it for the first time last night (normally I’m quaffing Red Bull backstage… or Blue Bear, depending on finances) and it’s absolutely fantastic. A really sharp, pointed, funny, satirical piece of theatre with some brilliant performances. It was my first opportunity to see how the two plays matched up. Really well it turns out.

I’m working on Voices In The Rubble which is written and directed by Darren Donohue. I’m in a cast which also includes Frank Conlon, Amy Dunne and David Thompson. That’s the four of us up above there. Fun fact: That picture in no way relates to anything that happens in the play. I don’t have a clue what we were doing there… but we look into it.

It’s another really fast paced, sharp piece of absurd theatre which revolves around 40 years of marriage being condensed into 40 minutes. Somebody recently asked me what it was like and I described it as ‘I Love Lucy directed by David Lynch’. I think that sums it up. We previously performed it in Kilkenny back in September and it’s been great to take it up to Dublin for a spin. 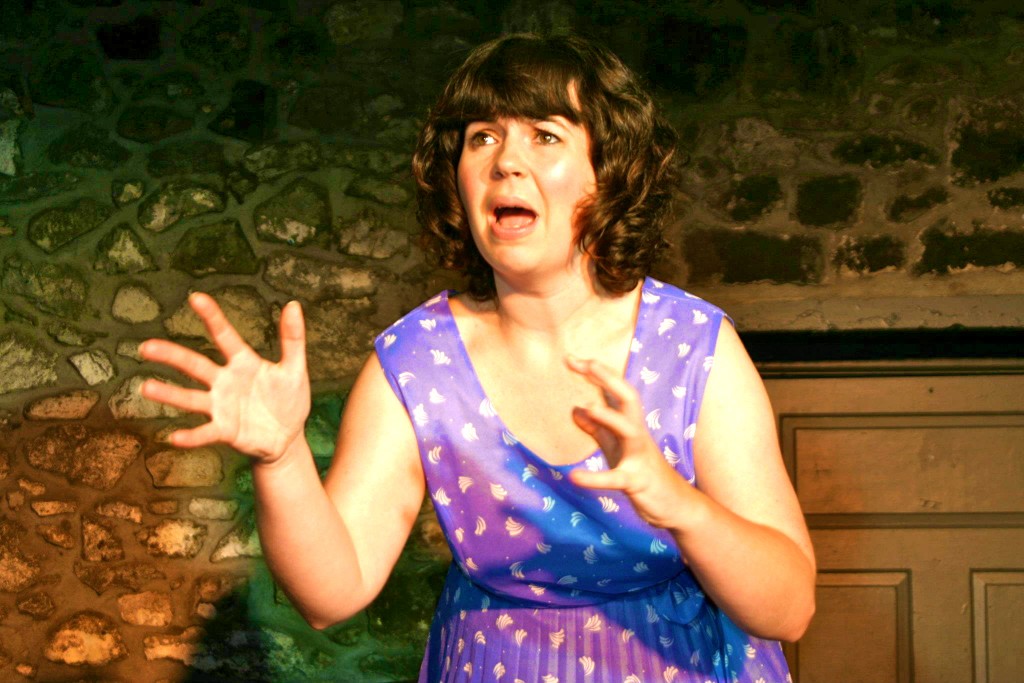 The previews and first two performances have come and gone and now we’ve got one more week left in the Pearse Centre (which is a really lovely new performance space right in the centre of Dublin). You can book tickets online at entertainment.ie or else get them on the door. It runs until this Friday December 2nd and kick off is at 7.30pm nightly.

So, There Was This Bash… 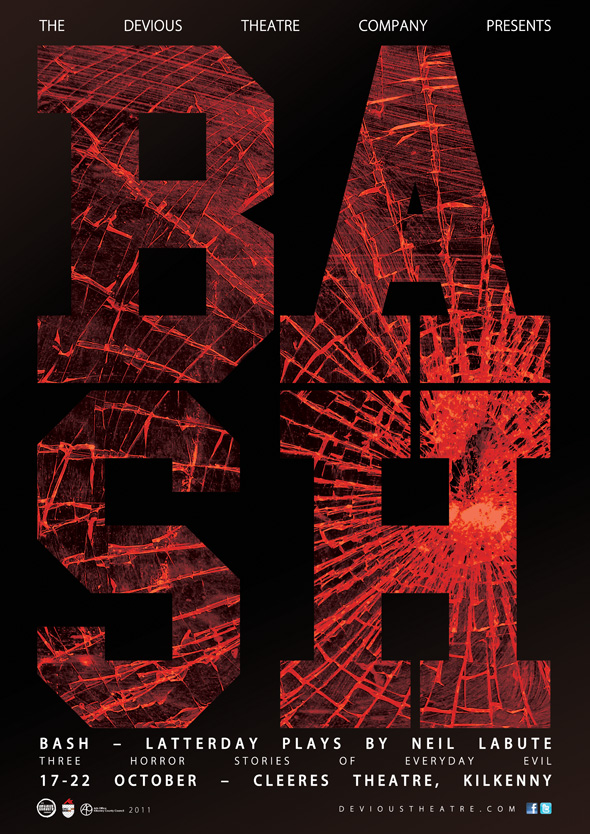 The next Devious Theatre production is going to be bash: latterday plays by Neil LaBute.

After the In The Future When All’s Well season we were looking forward to a nice long break. But well… we got the new premises and wanted to get some use out of it this year. Also, we’re suckers for punishment.

We’ve been looking to do something by Neil LaBute for quite some time, as we’re really big fans of his writing. So when we decided to do another production before the end of 2011, we took it as a welcome opportunity to finally stage one of his plays.

And that play is bash, one of his most controversial works. It consists of three monologues that tell seemingly normal stories from normal people but, yup, they’re anything but. Like a lot of LaBute’s stage work (The Shape Of Things, reasons to be pretty, Wrecks, Fat Pig) it takes a look at the dark impulses that drive civilised people. We’ve given it the tagline of ‘Three Horror Stories Of Everyday Evil’ which sums up our take on it. We’re doing it around Halloween time but it’s a bit of an unconventional choice of ‘horror’ material. It’s more of a gut punching, nauseating, awkward kind of experience. Way to build it up, eh? In short, it’s a fucking excellent piece of writing and we’re very excited. It’s a real departure from our trademark style of comedy so I hope we deliver with something ‘deviant’.

I’ll be acting in Iphigenia In Orem, which I’m thrilled to perform. It’s the story of a young businessman who makes a confession to a stranger in a Las Vegas bedroom. Rehearsals started last week under the sturdy hand of Ken McGuire and I’m pretty sure it’s going to preclude me from much of a social life for the next month. I’m also doing some directing myself for Medea Redux which is being performed by Annette O’Shea, and based on what she’s already showed us, it’s going to be epic. The final piece is A Gaggle Of Saints performed by Amy Dunne and Ken McGuire and directed by Annette O’Shea.

So that’s the basic info on the play. We’re going to be performing it in the intimate surroundings of Cleere’s Theatre from October 17th – 22nd. You can tickets online here. I’ll write more about it as I have more to write. I really need to go and start learning my lines. 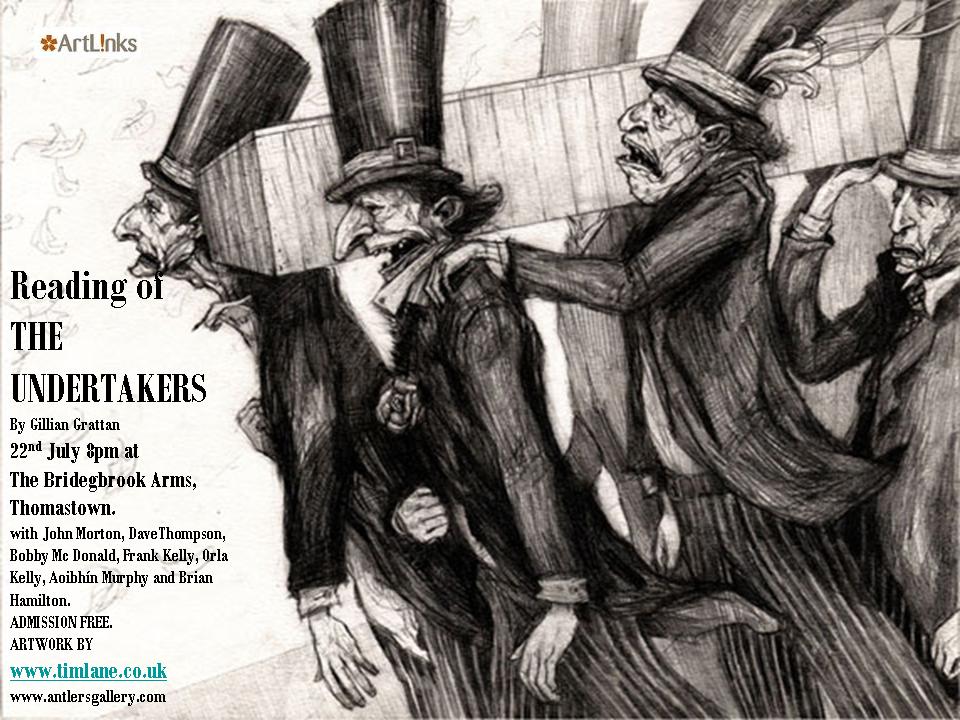 Tonight I’ll be doing a rehearsed reading of Gillian Grattan‘s new play The Undertakers in The Bridgebrook Arms in Thomastown. It’s a very dark and witty comedy and affords me the opportunity of getting to perform but not have to learn a script off. Also, mostly sitting down.

It kicks off at 8pm and it’s all entirely for free so if you’re in the vicinity pop in.

It’s a nice come down after the past 6 months… sitting, reading… mmmm… mild laziness.