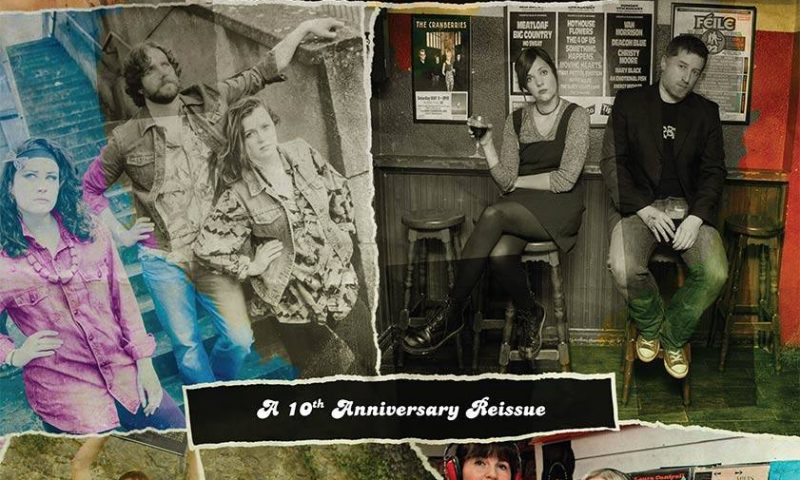 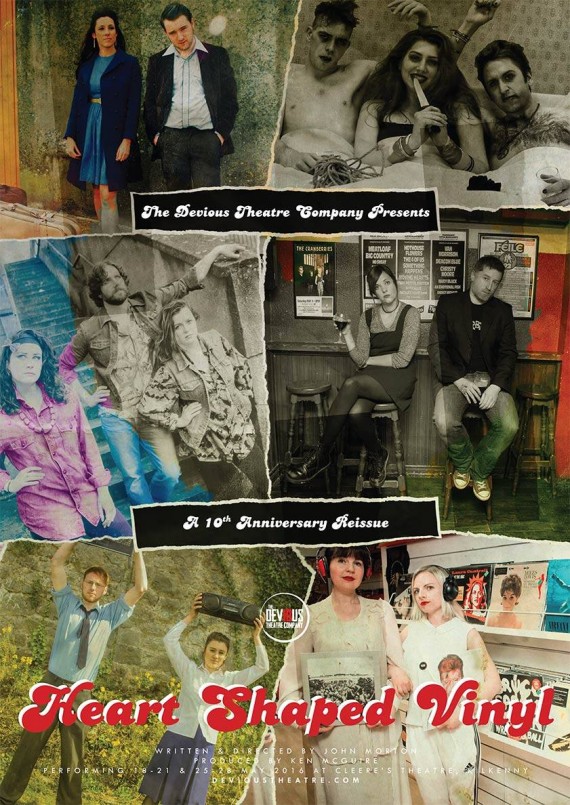 Devious Theatre kick off their Devious 10 programme with a new version of my first play Heart Shaped Vinyl.

I’m directing it here for the first time, as well as back in the acting saddle with Simone Kelly, playing the 1960’s section of the play which we first performed in 2006 and again in 2007. 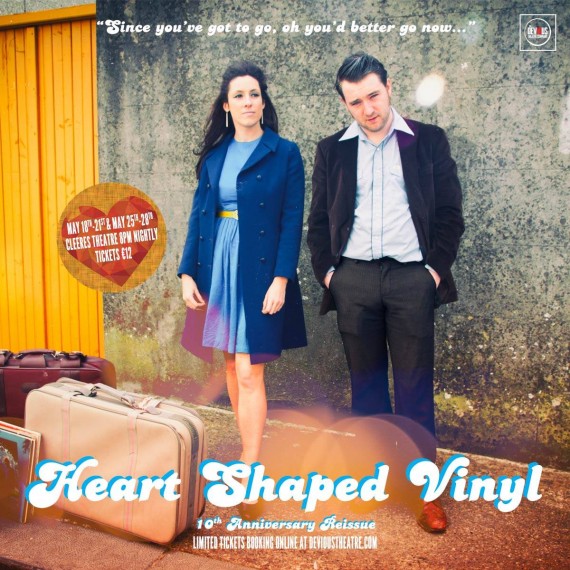 Heart Shaped Vinyl is a theatrical mix tape focusing on pop music, relationships and a whole lot of heartbreak over the course of six decades. Originally set between 1963 and 2006, this new version adds a brand new story set in the years 2014 and 2016. The play is broken into Side A and Side B, both of which tell different sides of six different stories featuring an ensemble cast of 14 actors.

After the last few years of writing and making plays, it’s been an odd experience to revisit the first play you wrote and try not to ‘improve’ it. We’ve been using the word ‘reissue’ in a gimmicky way to promote the play but after watching the dress rehearsal last night, I think it actually does the best job of describing it. What we have now, aptly enough, is a play that’s a mix of old and new. There’s such a brilliant cast and crew and the craic that we’ve been having can be seen up there on the stage. It’s been pretty nostalgic making it, particularly 10 years after we set up the company and it’s been a very humbling and honest return to the roots of how we made it the first time: no bullshit, no pressure, no budget, no limits. Just playing for the love of playing. All we need now is an audience and we can shut up and play the hits.

Heart Shaped Vinyl plays for the next two weeks from May 18th-21st and 25th-28th in Cleeres Theatre on Parliament Street, Kilkenny at 8pm nightly. Tickets can be booked here. 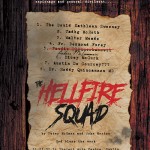 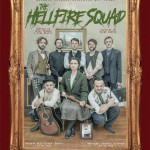 Next Story:
The Hellfire Squad