The Incident Of The Wrapped Episode

And that’s a wrap.

Well, it’s really more of a 3 down and 3 to go type scenario but hey, it’s an accomplishment nonetheless…and I’m tired so I’ll take what I can get. 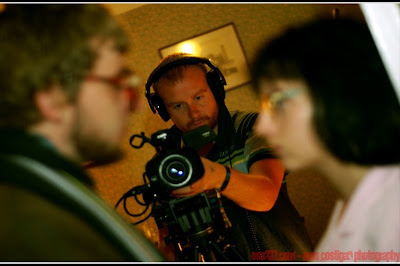 Vultures Episode 3 wrapped today after a very early start (I was awake and eating Bran Flakes at 4am) so we all finished with a nice sleep in Alan’s car and now I feel a bit fresher since Jim Vultour’s hair, beard and manky smoky smell have been removed from me. 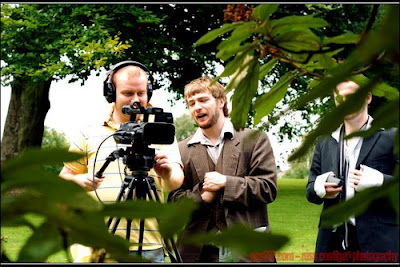 This was definitely the most pleasurable episode of Vultures to shoot so far. I think everyone’s enthusiasm, comfort and talent really hit a peak on this one and I’m hopeful it’s going to show. 3 episodes in and things are just gelling better and everybody’s got a better idea of what the project is about and what it’s needs are. This has certainly been an easier shoot for myself and Alan anyway because of the extended crew who chipped in. So major props to Ross, Laurent and Colm for giving themeselves over to Vultures. Myself and Alan were able to focus on other areas a lot more (less waving our arses in front of carlights to achieve that squad car look this time) and no doubt the show is going to be better because of it. 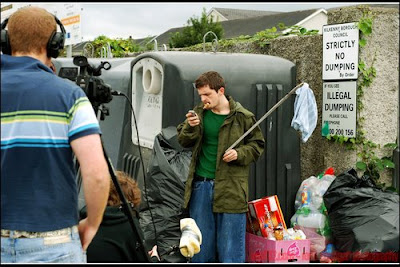 I also have to give a massive thanks to the cast who continue to bowl me over with their enthusiasm, passion for the project and willingness to have stupid haircuts, weird beards and get up at ridiculous hours. And on this one they have been Sean Hackett, David Thompson, Ross Costigan, Gus McDonagh, Peter McGann, John Doran, Liadain Kaminska, Stephen Colfer, Paul Young, Niamh Moroney, Eddie Brennan, Tommy Ruane and that old granny who walked by during the opening scene. You bring tears to a brother’s eyes. 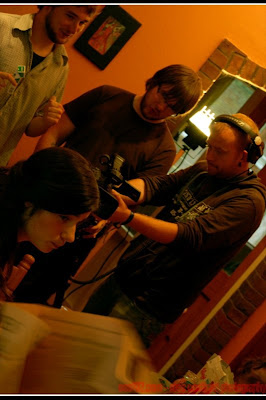 So it’s off to the editing laboratory with myself Alan and Paddy for the next few weeks and we hope to emerge by the end of October with a tight little story called ‘The Mystery Of The Night Time Refuse.’

We’ll also be making an announcement in regards to Episode 4 in the next couple of weeks so expect something interesting. Well, a title anyway. It might be of interest.

All photos are taken by Ross Costigan. He’s got big hair and a big camera and a big website called www.oss237.com

Previous Story:
Vulturespotting: Start Magazine write us up.
Next Story:
The Smitten Blogs