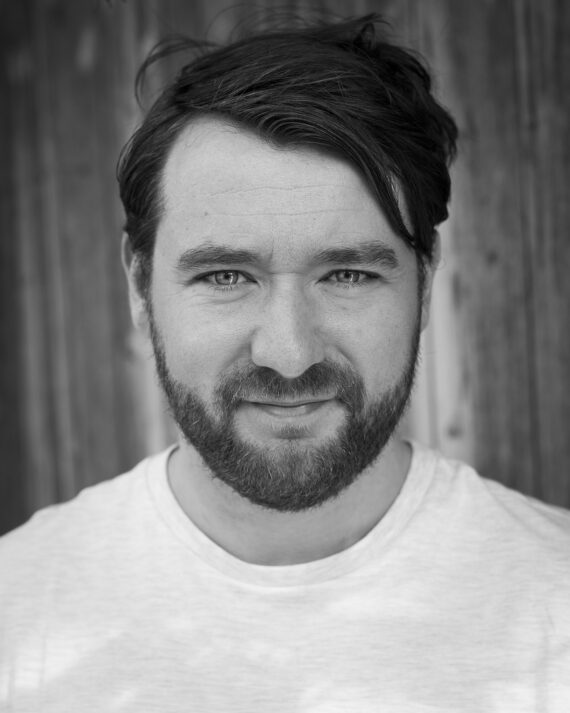 John is an actor, writer and film maker.

Film and television acting work includes the lead role in the award winning feature Locus Of Control, Wolfwalkers, Bicycle Thieves: Pumped Up, Gloaming, Where The Wild Things Go, Old Fangs, Love/Hate, Republic Of Telly, Tobias And The Tree, Fading Away and various other bits and bobs.

He is the writer of the critically acclaimed TV series Dead Still for Deadpan Pictures, for which he won an Edgar Award for Best TV Episode Teleplay and was nominated for an IFTA.

Work in development includes the feature screenplay The Kudome Valentine (Blue Ink Films) and the TV series The Puck Around (with Cara Loftus) and a TV adaptation of The Roaring Banshees (with Peter McGann) for Deadpan Pictures.

For the stage he has written the plays Taboo (White Label), War Of Attrition, Scratcher, Smitten and Heart Shaped Vinyl (Devious Theatre). He also co-wrote The Hellfire Squad and The Roaring Banshees with Peter McGann and they are currently writing the final part of their Irish historical trilogy entitled The Folklore Commission. He wrote the adaptation of Thomas Kilroy’s novel The Big Chapel (Asylum/Abbey Theatre/Kilkenny Arts Festival) which was nominated for Best Production at the Irish Times Irish Theatre Awards 2020.

Other writing for theatre includes the community theatre project Bridge Street Will Be (Asylum/Equinox) and part of Mass by The LSA (Dublin Fringe Festival). Work for children includes Don’t Shoot The Messenger, Grimm Fairytales and Andersen’s Fairytales. Writing for radio includes 100 Everyday Menaces (RTÉ Drama On One, IMRO Award Winner 2018), and an adaptation of The War Of The Worlds (KCLR/Devious Theatre, IMRO Award Winner 2009).

He is a founding member of Devious Theatre in Kilkenny and White Label in Dublin.

John is represented by Susannah Norris in Dublin and Rochelle Stevens in London.

Writing about John Morton in the third person is a necessary evil.