So after a month of teasing and dropping dates, making a go of a small viral campaign (if it’s good enough for the movies) and generally trying to get our wits about us, we launched our upcoming radio production of HG Well’s THE WAR OF THE WORLDS. All at the same as we relaunched www.devioustheatre.com with a brand spanking new look and fancy new features and other such bells and whistles.

WOTW is the perfect project for us to launch with as our first foray into radio theatre. It’s a classic piece of science fiction, we get to put our own spin on it and indeed, it couldn’t be timed more deviously. On 30th October 1938 Orson Welles launched his famous (or infamous) broadcast of the play on C.B.S. and caused what my mother would term as ‘absolute fucking ructions.’ A lot of people thought his radio broadcast themed account was actually a really Martian invasion of America and fled houses, burnt things and generally caused chaos. In all fairness to Welles, there were liberal sprinklings of disclaimers throughout his famous broadcast. Maybe people were too busy screaming to notice? 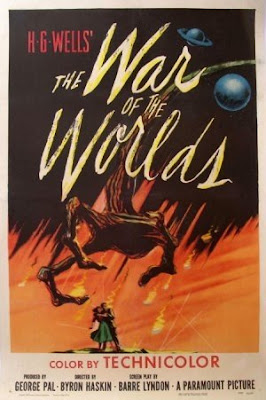 So, in a homage to Welles, we’re doing our own version, set entirely in the Kilkenny / Carlow region, 70 years to the date of his broadcast. We’re doing it radio program style initially but we’re branching out to include more elements from the book and try and utilise our modern setting as best we can. Myself and fellow Devious Theatre compadre Kevin Mooney have spent the past month secretely battering out the script for our version. Like a lot of previous adaptations, we’ve tried to allegorise it a little with references to global warning, Sellafield, immigration and even a little bit of recession. We’re trying to keep as close to the novel as possible and not be hokey about it. Martians have such a B-movie cheesy image at times. But not these rampaging fuckers. We’ve been working on the recording and everything has been a lot of fun so far. And hey, if all goes well a radio play could end up being a permanent yearly fixture for Devious Theatre. So we’re going to cross a few fingers on that one.

It’s a great opportunity for us to branch out into a different style of theatre. Myself, Kev, Ken and Ross have been giddily excited about it for the past couple of weeks. Like kids in a big radio theatre store, getting to play in the sci-fi classics section. It’s also a great opportunity to work on a project outside the summer months too. We were getting a bit of a ‘summer company’ rep so it’s nice to break the cycle we’ve established since 2006. Break it with some evil red weed, heat rays and killer black smoke.

THE WAR OF THE WORLDS will be broadcast on KCLR 96FM on October 30th 2008 at 9pm. It can also be listened to live on KCLR96FM.com. And do make sure to check out the bubbles and sparks at www.devioustheatre.com too. It’s fancy. 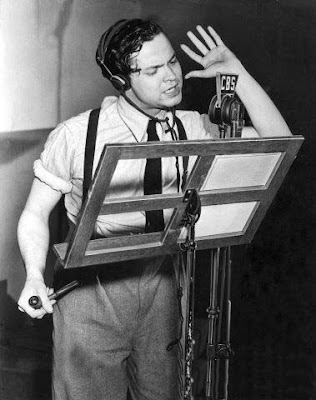 This is no doubt exactly how we’ll look whilst recording. Exactly like that.

Previous Story:
Meet Jack Street and Sarah Black
Next Story:
The pen is down on Vultures Episode 4.